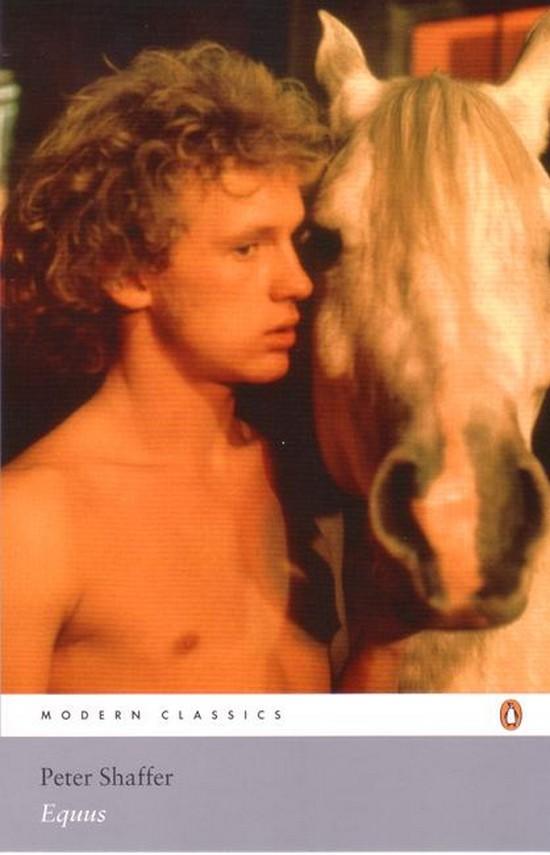 Self-consciously staging itself in the psychotherapy sessions of a disturbed young man, Peter Shaffer's Equus is a shocking exploration of the limits of faith, of the intersecting worlds of the sacred and profane, and of the paltry value of a 'mundane' life, published in Penguin Modern Classics. When a deranged boy, Alan Strang, blinds six horses with a metal spike he is sentenced to psychiatric treatment. Dr Dysart is the man given the task of uncovering what happened the night Strang committed his crime, but in doing so will open up his own wounds. Dysart struggles in secret to define sanity, to justify his marriage, to account for his career, and finds himself questioning the 'normality' of his way of life. Ultimately, he must ask himself: is it patient or psychiatrist whose life is being laid bare? The most shocking play of its day, Equus uses an act of violence to explore faith, insanity and how the materialism of modern life can destroy humanity's capacity for pain and passion. Peter Shaffer (b. 1926), born in Liverpool, is an English playwright. Among his plays are The Salt Land (1954), Equus (1973) which won Shaffer the 1975 Tony Award for Best Play, as well as the New York Drama Critics Circle Award and Amadeus (1979) which won the Evening Standard Drama Award and the Theatre Critics Award for the London production, as well as being adapted into a 1984 film starring F. Murray Abraham and Simon Callow. If you enjoyed Equus, you might like Tennessee Williams's A Streetcar Named Desire, also available in Penguin Modern Classics. 'Sensationally good' Guardian 'A very important play' The New York Times