Alice's Adventures in Wonderland and Through the Looking Glass (Penguin classic) 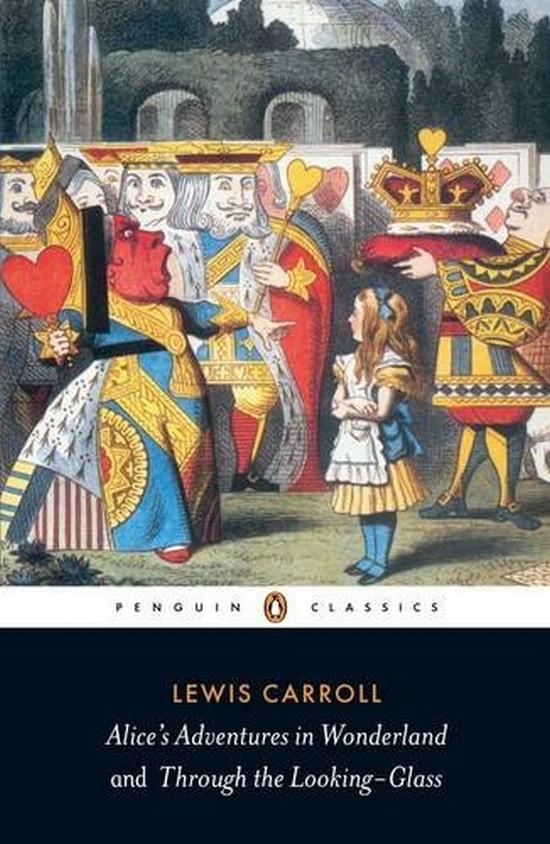 Contrariwise … if it was so, it might be; and if it were so, it would be but as it isn’t, it ain’t. That’s logic’
‘I had sent my heroine straight down a rabbit-hole … without the least idea what was to happen afterwards,’ wrote Charles Dodgson, describing how Alice was conjured up one ‘golden afternoon’ in 1862 to entertain his child-friend Alice Liddell. His dream worlds of nonsensical Wonderland and the back-to-front Looking-Glass kingdom depict order turned upside-down: a baby turns into a pig; time is abandoned at a disordered tea-party; and a chaotic game of chess makes a seven-year-old girl a Queen. But amongst the anarchic humour and sparkling word play, puzzles, paradoxes and riddles, are poignant moments of elegiac nostalgia for lost childhood. Startlingly original and experimental, the Alice books provide readers with a double window on both child and adult worlds.
This is the most comprehensively annotated edition available and includes the manuscript version of Alice’s Adventures Underground and Carroll’s essay ‘”Alice” on the Stage’ written for The Theatre in 1887.