A Good Night for Shooting Zombies : with glow-in-the-dark cover 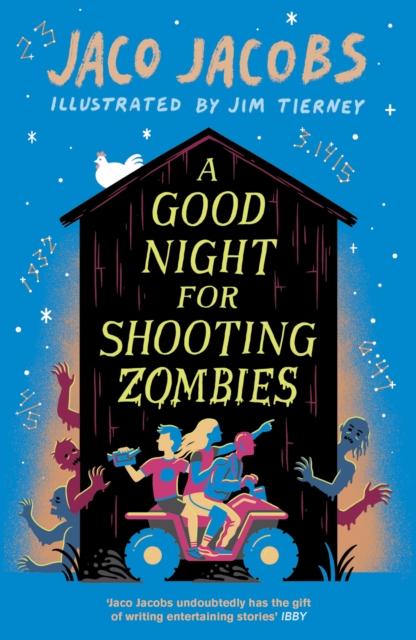 Sometimes the end is just the beginning of a new adventure.
Martin's life changes the day his dad is killed in a car accident.

No one talks about it. His mum refuses to leave the house. His sister is only interested in her boyfriend. And Martin? He spends his afternoons alone with the family chickens - that's why they call him 'Clucky' - and at night, he solves difficult maths problems in his head to help him fall asleep.

But one day Martin meets a boy called Vusi, who dreams of making a zombie movie. The two are plunged head first into a wild adventure, pulling everyone they know along with them.