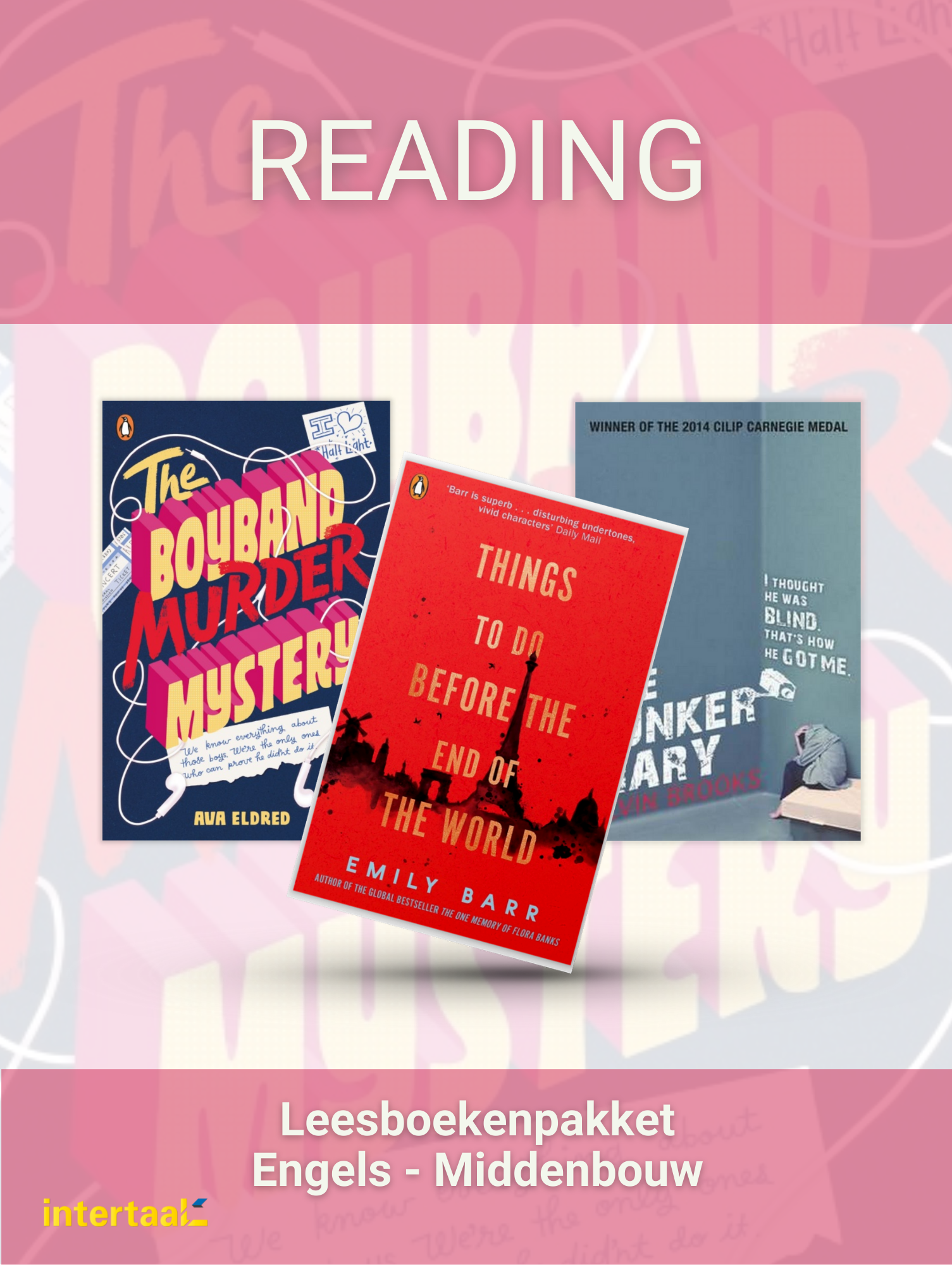 *The boyband murder mystery
Niveau B1-B2 - Harri and her best friends worship Half Light - an internationally famous boyband. When frontman Frankie is arrested on suspicion of murdering his oldest friend Evan, Harri feels like her world's about to fall apart. But quickly she realises that she - and all the other Half Light superfans out there - know and understand much more about these boys than any detective ever could. Now she's rallying a fangirl army to prove Frankie's innocence - and to show the world that you should never underestimate a teenage girl with a passion...

*Things to do before the end of the world
Niveau B1-B2 - What would you do when you hear the news that humans have done such damage to the earth that there might only be a limited amount of safe air left - a year's worth at most? You'd work through your bucket list, heal rifts, do everything you've never been brave enough to do before? Olivia is struggling to do any of this. What it is she truly wants to do? Who do she wants to be? Then out of the blue comes contact from a long-lost cousin Olivia didn't even know existed. Natasha is everything Olivia wants to be and more. And as the girls meet up for a long, hot last summer, Olivia finds Natasha's ease and self-confidence having an effect on her. But Natasha definitely isn't everything she first appears to be . .

*The Bunker diary
Room meets Lord of the Flies, The Bunker Diary is award-winning, young adult writer Kevin Brooks's pulse-pounding exploration of what happens when your worst nightmare comes true - and how will you survive? I can't believe I fell for it. It was still dark when I woke up this morning. As soon as my eyes opened I knew where I was. A low-ceilinged rectangular building made entirely of whitewashed concrete. There are six little rooms along the main corridor. There are no windows. No doors. The lift is the only way in or out. What's he going to do to me? What am I going to do? If I'm right, the lift will come down in five minutes. It did. Only this time it wasn't empty . . .