Migration and Literature in Contemporary Europe 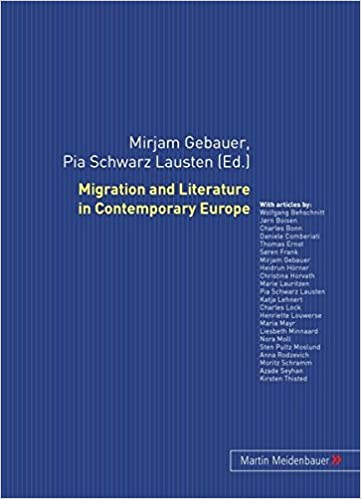 Migration is radically changing European ideas of culture and identity. Today, the demographic makeup of Europe can be represented only through complex ethnic, cultural and linguistic cartographies. Yet scholarly research into migration has been largely confined to the political and social sciences; only recently has migration attracted attention from the humanities and literary studies.

Migration and Literature in Contemporary Europe focuses on literature which deals with the experience of migration, often written in a language acquired through migration. The contributors look beyond the stereotyped discourse of alienation, subversion and invasion too often associated with the subject of migration. The essays discuss theoretical and methodological approaches to migration literature at times from a comparative and interdisciplinary perspective, and they relate migration to similar phenomena such as the literature of exile, diaspora or postcolonialism. By analyzing a diverse range of texts in many different European languages and from various cultural contexts, the essays reveal new ways of understanding Europe in transition.